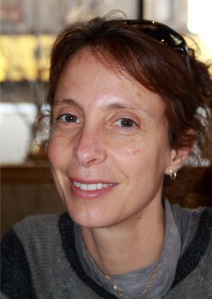 Even before I met Maud I was trying to impress her.  If you don’t know Maud (rhymes with ode), you’ll just have to trust me when I say that she inspires that kind of behavior. I noticed her the first time all the parents were summoned to the kindergarten class attended by her son and my daughter. She’s French, and I tend to be drawn to foreign-born parents at my kids’ school; expatriotism inspires a kind of alert thoughtfulness that I enjoy in a friend. Plus the food tends to be better at their houses.

Yes, that’s an assumption I share with Europeans: that Americans don’t care about food.

As someone who does care about food, I was determined that this charming French woman recognize me as un-American, culinarily speaking. I had my first chance when we were both chaperones on a class field trip to the grocery store. As we ambled through Produce, I made some disparaging remark to my daughter about out-of-season peaches, in the tone of voice people use when they’re pretending to talk to their children, but really are talking to the grown-ups within earshot. (You’re right, dear; it is bad to cut in line.)

It totally worked. (Or possibly she didn’t hear me.) Eventually we began to cook for each other and then with each other, and over the couple of years we got to spend together before she moved back to France, I felt I put at least a faint question mark after America’s decidedly bad food reputation.

But I never managed to seem un-American to Maud, because of this one characteristic that is, like the grin that Americans wear on the streets of Paris, a dead giveaway: my cheerful embrace of the culinary shortcut.

In France, it’s true, if you arrive at someone’s house for dinner toting a beautiful tart, chances are you didn’t make it. They have experts to whom they cede special tasks like macarons and financiers and pain de campagne.

Since I personally don’t buy pie at the supermarket, I felt I had a right to honorary European citizenship. I make my own mayonnaise, for goodness sake! But I still love a shortcut. Anything that helps me cook, but doesn’t do the cooking for me. Pre-peeled garlic to make salsa. Egg whites in a carton to make buttercream frosting. Bags of chocolate chips and pre-toasted almonds for piles of double chocolate biscotti.

Oh, you don’t think of chocolate chips as a shortcut? Just ask Maud. Apparently, due to the small but perceptible drop in quality that occurs when chocolate is pre-chipped, almonds are pre-toasted, and spinach is pre-washed, you’re not going to find that kind of American-style shortcut in France.  They have standards to uphold.

On the other hand, American-style working-all-the-time is on the uptick. This leaves passionate French cooks (such as Maud) in a quandary: They have to do all the prep-work and the chef-work after getting home from work-work at 7. What are they supposed to do, eat at 10? Mon dieu, this isn’t Spain.